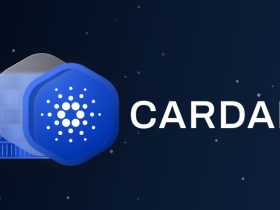 Companies made of lesser stuff would have crumbled under these crushing conditions, but Uber, Subway and Samsung have all weathered the proverbial storm and continue to dominate their market segments.

Most companies, especially startups, face an uphill battle on a daily basis from various fronts, from stiff competition to rising costs. But when confronted by a crisis, some rise up to the challenge while others crumble.

Is your business strong enough?

Anatomy of a crisis

Brand crises can be broadly classified into two types: miscommunication and severe crises.

Miscommunication mishaps typically involve a person from a company that says something that should have been left unsaid, or something that is insensitive. Sometimes, it’s a matter of poor execution of a sound idea.

In most cases, the damage to a brand’s reputation is little to none, especially after the initial noise has been drowned out. Serious crises, on the other hand, encompass something bigger than communication.

In the case of Samsung, it’s a faulty product. In other situations, it’s abysmal customer service. In Subway’s case, it’s gross misconduct from a company endorser. Usually, when any of these happen, a brand can take a massive hit over the short and long term.

How consumers perceive a crisis

According to a study conducted by Morning Consult, a brand and research intelligence company, misleading customers for profit is viewed by the public as the worst kind of scandal a business can find itself embroiled in. This is closely followed by fraud and deliberately lying for profit.

In contrast, making insensitive comments and strong political statements is viewed as among the least destructive kind of scandal a company can find itself in the middle of. On top of that, Baby Boomers have a higher tendency to scrutinize political scandals compared to the younger generations.

Coming out of the storm

Is it possible for companies to emerge from a scandal and bounce back to normal? Yes, but the path toward redemption is not easy, mainly because of the proliferation of social media networks and the vast reach of the Internet. Remember, the Internet never forgets.

Here are some strategies that you can use if you find your company in the thick of a scandal.

●  Plan for the worst

For many companies, crisis planning comes as an afterthought as they focus solely on sales and revenue. By planning ahead, your company becomes agile enough to contain the damage and focus its efforts on repairing its reputation. What is crucial is to identify all potential threats and lay down a specific action plan in case any of these arise.

When your company is already embroiled in a scandal, there is no use in ignoring it or hiding and wishing that it will go away on its own.

Instead, come forward and acknowledge that there is indeed a problem. Here, prompt action is critical. Your company’s response within the first 48 hours will dictate how your company will emerge from this scandal. Remember, if you keep silent, you will only leave the public speculating, which can ultimately leave your brand’s reputation in tatters.

Your initial response to the public should contain three main components: how you plan to attack the root of the issue, an apology to those who have been affected, and your commitment to preventing this crisis from happening again.

But do remember that mere lip service won’t work if you do not put concrete actions behind your statement.

●  Enlist the help of the pros

Even if you have a well-laid-out plan to face a crisis, it doesn’t hurt to call in professionals who specialize in brand crises. The more hands you bring in to help, the quicker you can overcome the crisis at hand. Plus, bringing in people who have an objective mindset can help you focus better and delegate the necessary tasks more effectively.

●  Keep your customers in the loop

As more and more consumers use social media to give feedback to companies and inquire about their offerings, it is critical to engage your company’s audience online.

Start with an FAQ thread outlining the details of the incident as well as the measures that your company is currently undertaking in order to rectify the issue. After that, post timely updates on a regular basis.

At the same time, it is critical to update key personnel about how to approach the crisis and advise everyone on how to answer questions from the press and from journalists. Always keep them in the loop for new updates.

● Monitor how your brand is being talked about

Monitoring how your brand is being talked about is a vital task that allows you to tap into online communities and mine these conversations to help improve your brand and its offering.

But in the time of a crisis, this task becomes even more critical. Listen in on how the public talks about your brand, especially the negative descriptions. Soon, you will see a few common threads among these conversations.

Instead of replying to each of these conversations, outline the common threads and respond to these on your social media accounts and your website.

● Time for a rebrand?

You’ve done what you think is the best that you can. Should you consider rebranding as a way to move forward?

According to a branding agency in Dubai specializing in rebranding, pulling the trigger on a rebrand can help change how your business is perceived. But on the other hand, it can create the impression that your company is trying to make a cover-up.

Rebranding after a crisis is a viable solution for your company’s woes, but it also carries a significant amount of risks.

In order to successfully transition into a new brand, it is crucial to show the public that there is a shift in your company culture. It is also imperative to engage the public as well as other stakeholders regarding the changes you are about to implement. Finally, there should be a commitment to addressing the root of the crisis.

A crisis does not necessarily spell the death of your brand. Through prompt action and an authentic desire to correct things, you can give your brand a great opportunity to emerge stronger.

AUTHOR BIO:- Grace Yacoub is the owner, founder and CEO at Zaman. She recognized the potential to develop brands in Dubai back in 1996. Amongst her first projects were to convert the local powerhouses of Etisalat and NBD into branded entities and engage the nation in the drive for modernity. She has since led projects across finance, family, industry, property, retail and all sectors to convert many of the region’s most important companies into powerful brands. 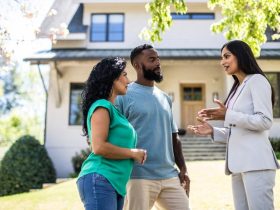